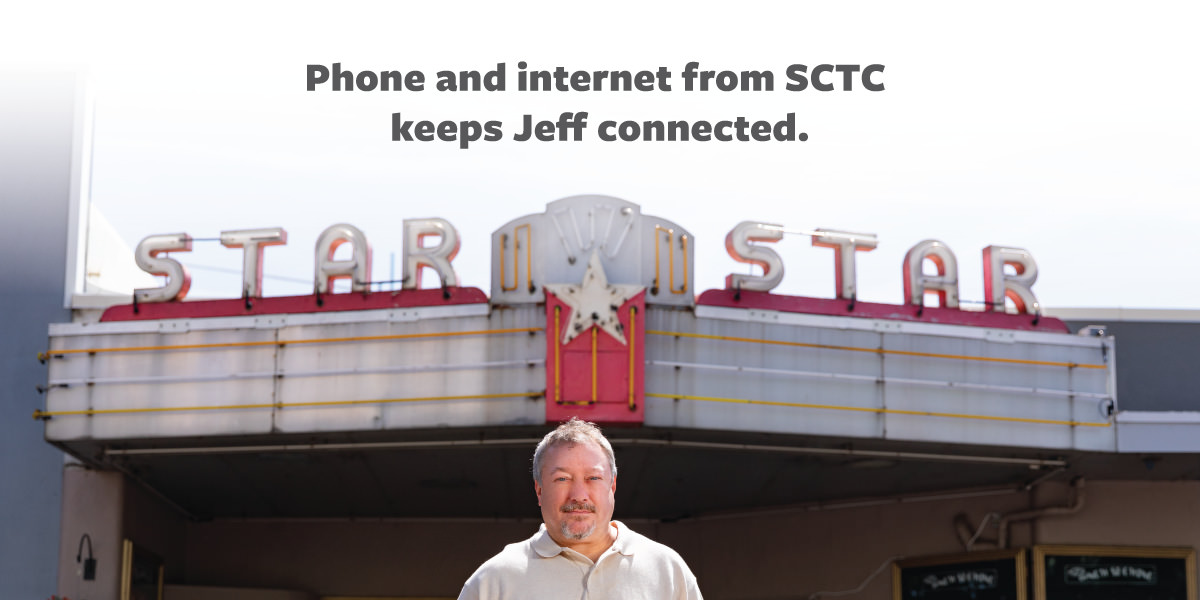 A gathering place for the community

Jeffery Mexico, owner of Stayton’s Star Cinema describes our town as a place where “people know each other, instead of a bigger town where everyone’s a stranger.” Operating Star Cinema since 2002—when he gave it new life after it had shut down—Jeff has gotten to know the community. “There are young people who were just kids when we opened, and now they’re working for me,” he says. “It’s a gathering place for the community.”

After serving in the United States Navy, Jeff moved west to work for Boeing and, later, for HP. He met his wife and moved to Stayton. When he arrived, Star Cinema—which first opened in 1949—was in bad shape and was closed. In 2002, Jeff decided to reopen Star Cinema and bring it back to life. Once the theater was a success, he left HP and now runs Star Cinema full-time—along with Dallas Cinema, which he took over a few years later.

Jeff says the services he receives from SCTC are critical. He says, “Whenever I need something, they respond right away. They’re just a block away.” With his internet connection from SCTC, Jeff is able to get a lot of his work done from the comfort of his home—submit advertisements, process time cards, remotely control projectors, check his 4K security cameras, and much more.

It’s our honor to serve Jeff and Star Cinema, and give our community a place to gather. How will you use our services to make something great? Let’s start that story today.

Community – it’s what we do.